Engineer’s working on a design for a new bridge crossing the Clear Fork – Trinity River in the City of Benbrook, Texas discovered the slopes under the bridge were unstable during high flow conditions related to storms events. The consultant worked with Platipus’ Geotechnical Team to develop a PDEA® solution to stabilize the sliding condition when the Lean Clays and Clayey Sand layers over Weathered Limestone become saturated. The slope design included a permanent hard armor ACB layer to protect against the erosive forces of the expected high waters.

A total of 640 anchors, made up of a combination of S8C and S8A anchor heads were paired with 18’ of 6mm diameter Grade 316 Stainless Steel wire tendons and wedge grips to provide the necessary anchorage and surface loading to stabilize the deep slide condition. Prior to deployment of the ACB Mattress, the prepared slopes received a layer of a heavy TXDOT approved nonwoven geotextile followed by a layer of poly coated twisted wire mesh matting. The anchors were then positioned on a 4’ x 4’ grid pattern, driven to the engineer derived depth of 15’, while each anchor was tensioned and locked off to the design load of 2,600 lbs. Proof loading was achieved using the Platipus SK1 hydraulic load jack and electric pump. Platipus design assistance, along with virtual and onsite training and support once again resulted in a successful Platipus ARGS® slope stabilization project. 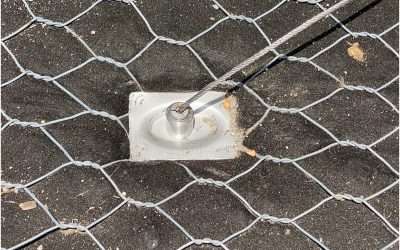 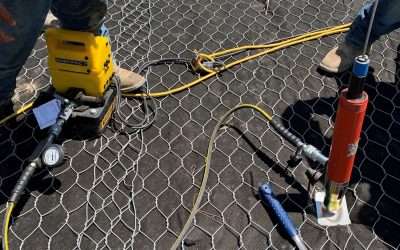 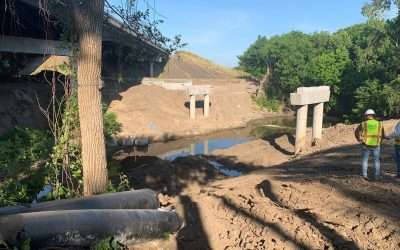 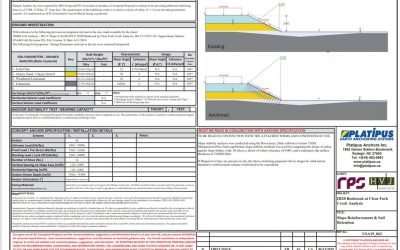 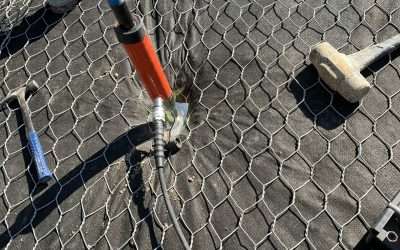 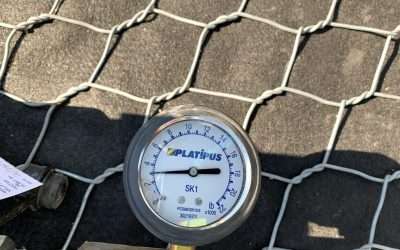 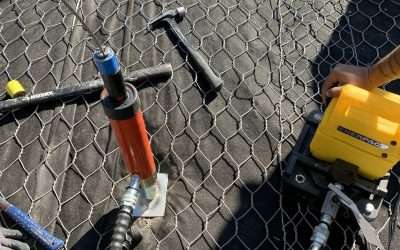 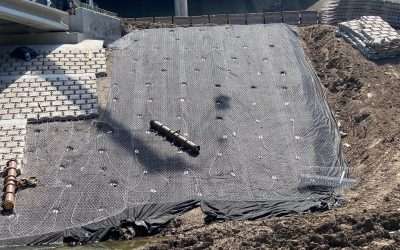 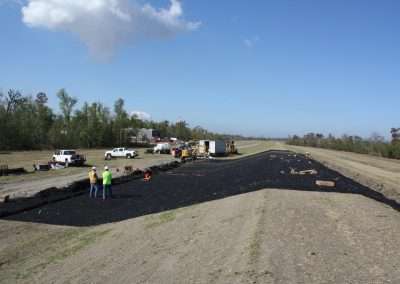 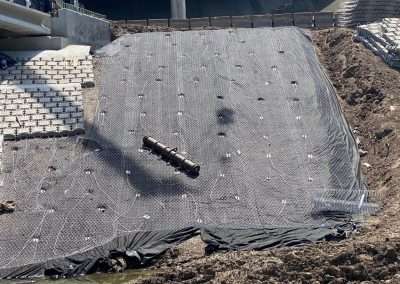 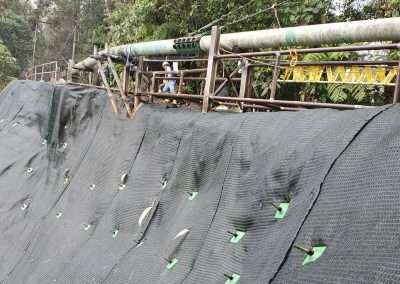 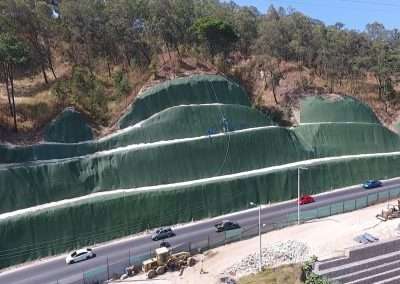 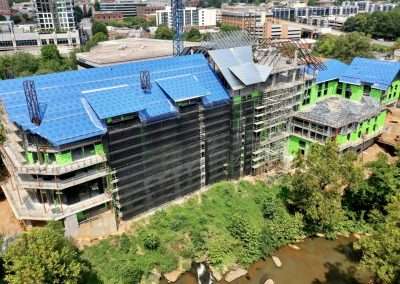 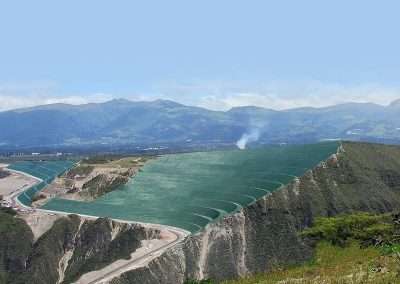 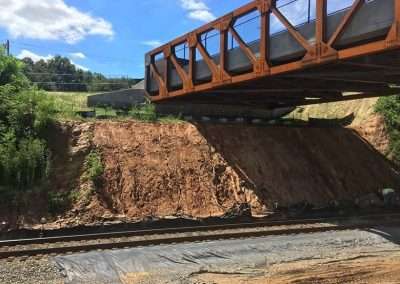