Prior to the City of Atlanta Hosting Super Bowl LIII in 2019 (for the 2018 season), contractors constructed a CMU wall to support a level pad to accommodate an air dome structure adjacent to the city’s Mercedes Stadium, home of the Atlanta Falcons. In subsequent months following the events during the Super Bowl, it was discovered that portions of the wall were tilting slightly.

Platipus B6 Anchors paired with Grade 75 #6 all thread rod were used to retrofit the tilting wall.  The anchors were placed strategically to stop further displacement of the retaining structure. The contractor installing the supplemental anchors used a mini-excavator with a light weight breaker attachment (~400 lbs) to drive the anchors 12’ deep, while Platipus’ SK2 hydraulic load jack and electric pump set up was used to load the anchors to the predetermined 5,000 lbs. loads required to halt further movement of the wall. 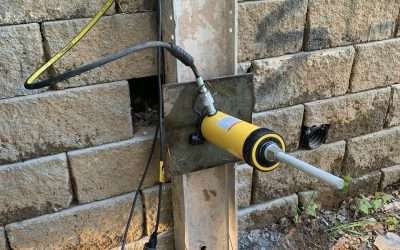 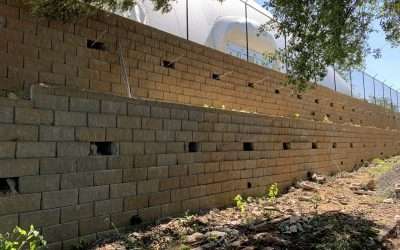 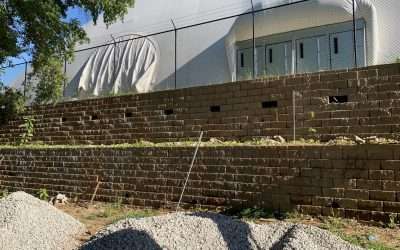 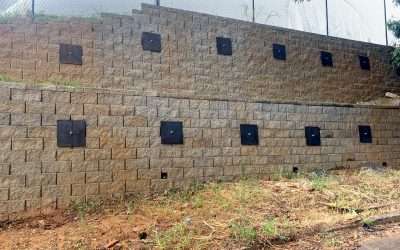 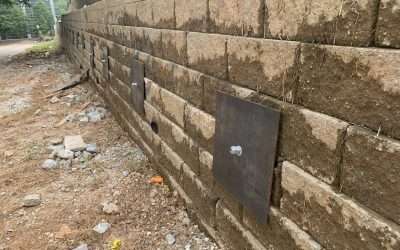 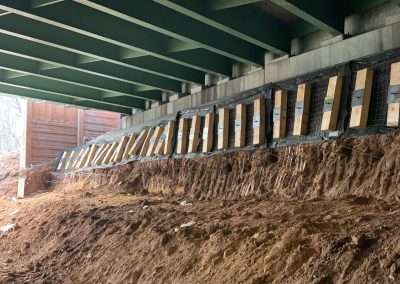 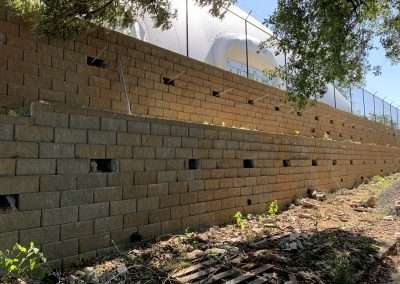