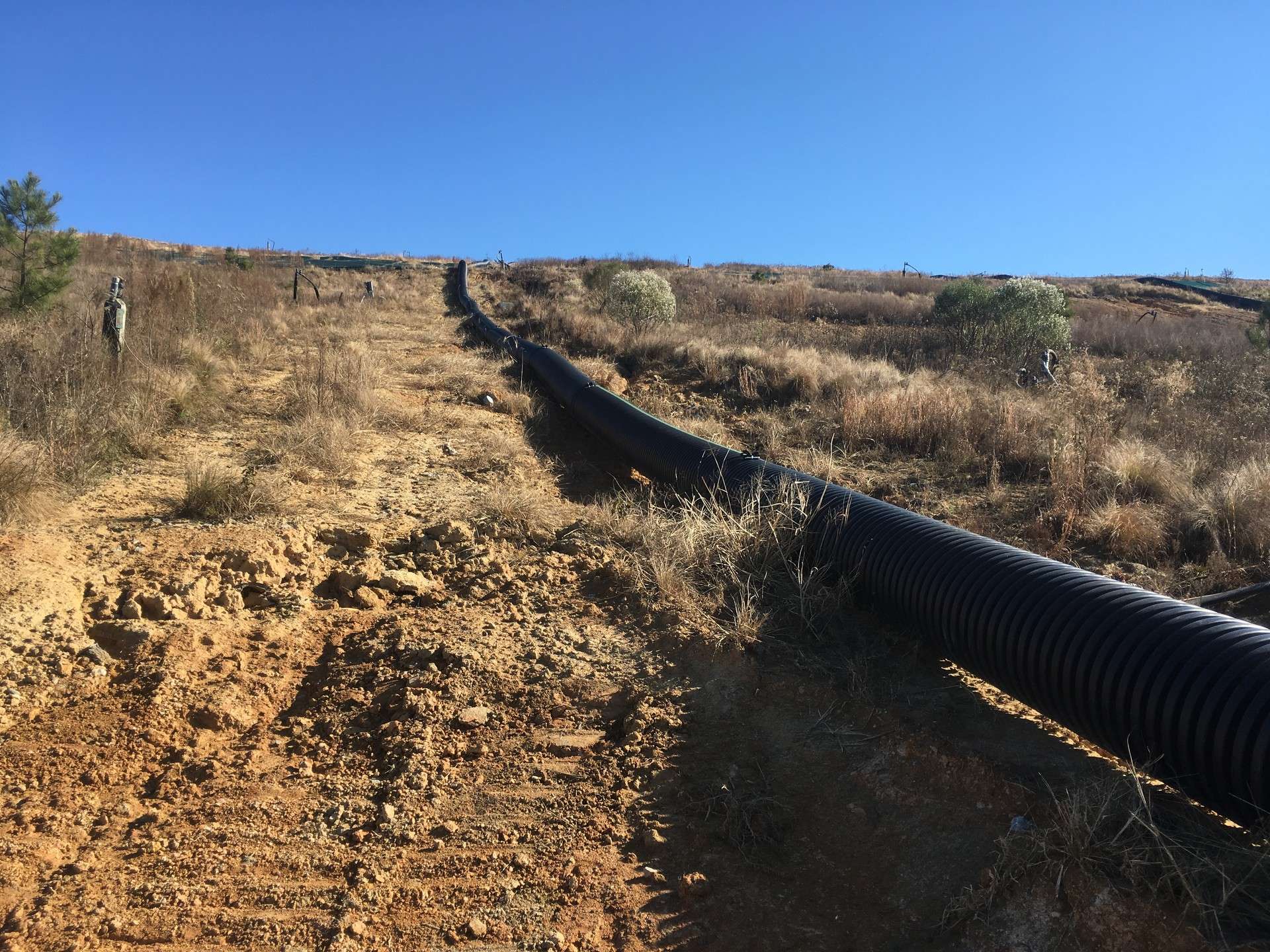 Engineers working on a closed and capped cell at the WM-Atlantic Waste Disposal landfill in Waverly, VA were challenged with the task of effectively conveying stormwater collecting on top of the landfill to detention ponds at the bottom of the cell until a permanent solution could be implemented into adjacent cells to be constructed in the future. To minimize erosion and the extra site work required to excavate ditches or bury the pipe, the decision was made to use berms to divert stormwater to temporary above grade slope drains.

It was determined that 24” corrugated plastic pipe would be well suited for the task, though concerns about horizontal movement and general pipe instability would need to be addressed. Platipus assisted the engineers in selection of the S6 2 Ton temporary pipe kits to successfully, and economically, stabilize the pipe. Crews were able to install the S6 anchor kits at 10’ intervals using lightweight electric demolition hammers, while anchors were tensioned by hand to a nominal load.  The temporary anchored slope drain performed flawlessly. 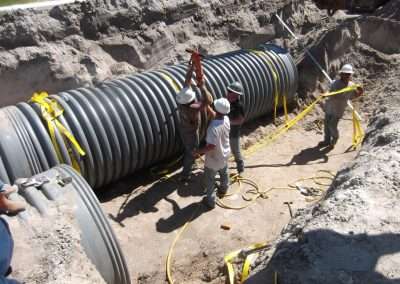